The Masters: Odds to Win

The 2016 Masters event is around the corner, which means that every punter should be preparing their list of events as well as their favorite winners at the event.

One thing that we are certain about is that Tiger Woods won’t be playing. After this, it gets hazy. From what most pundits think, the Master's odds winner will come from the top 10 list of golf players in 2015/2016.

Jordan Spieth, Jason Day and Rory McIlroy are some of the potential candidates for the Masters 2016 title. Also, pundits strongly believe that a double-digit is going to win again!

The Masters: Odds to Win

Generally, the most exciting thing is that no one is sure who and what will happen at the 2016 Masters event! Below are the most likely the Master's odds to win according to what some of our punters.

Winner of the Master's event: Phil Mickelson – According to Kyle, there is still life in this man’s thumb yet. At the age of 45 years, Phil Mickelson is trying to emulate what Jack Nicklaus accomplished 30 years ago at an advanced age of 46 years.

Kyle argues that Phil has had his best golfing career at the Masters and goes into the event as the most consistent player of 2016. 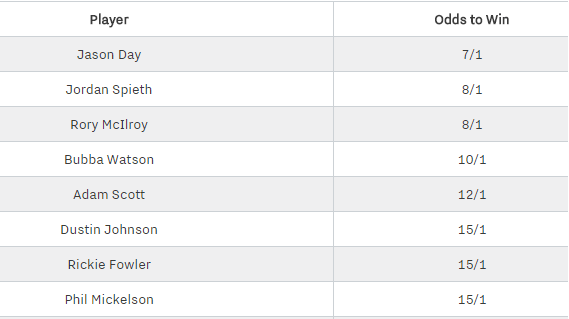 As long as the floodgates of heaven don’t open, Kyle strongly believes that Phil Mickelson will win the tournament and wear the much-coveted Green Jacket.

To Feature in the Top 10

Kevin Na – The Master's odds to win of 150/1 may not be a surprise to many, but Kyle picks Kevin Na as a top 10 finish after his excellent performance at the event last year.

Having finished within the top 12 last year combined with his fierce bid for the 2016 Ryder Cup, Kyle strongly believes that Kevin will eventually finish within the top 10 this year.

Kyle argues that Jordan Spieth will not feature in the top 25 in this year’s Masters 2016 event. This might be a take on one of the favorite contenders, but history shows that there hasn’t been any winner in the past events who has managed to win and feature in the top ten in the following year.

According to Kyle, the burden is usually heavy on the Champions and Spieth is just not ready to shoulder it! 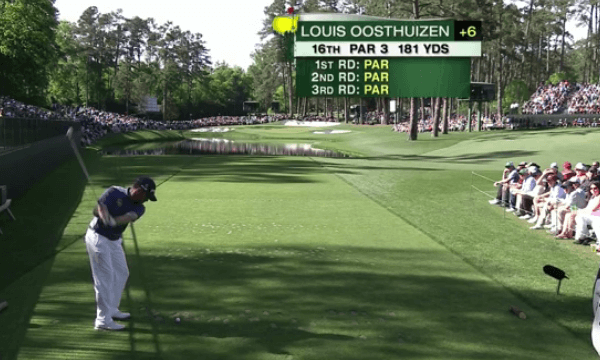 Moreover, Robby believes that with the way Oosthuizen has been playing, he might have gone back to his drawing board and figured where the problem was now set to make amends by winning this year’s title.

Rory McIlroy – Rory has had a fantastic career that Robby thinks he will be doomed if the player doesn’t finish in the top 10.

Having won most of the major golf titles in the past, Robby thinks that Rory has his mind set on winning this title to add to his already decorated list of titles. He might not win the title, but he sure will feature in the top 10.

Bill Hass at the Master's odds to win of 100/1, has shown potential signs of winning the title. He’s already featured in the top twenty thrice in a row in the Master's event, and Robby thinks he’s ready to take a leap and make a challenge for the title.

Robby observes that Bill is the kind of player who doesn’t make big mistakes that brush him off the race and if the conditions remain constant, he will feature in the top 10 if not challenge for the title.

The Master's odds to win of 200/1 for Bryson DeChambeau to finish in the top 15 is what Robby believes will shock many in the 2016 Masters event.

According to Robby, Bryson DeChambeau is the only golfer who is very keen to make an impression and will give it his all to ensure that he challenges Ryan Moore’s T13 finish that he recorded in 2005, which will make him the best performing armature since the year 2000.

According to Patterson, Adam Scott is going to emerge the winner in this year’s Masters event. This is because Adam has a lot of things going right for him currently.

Patterson gives the example in which Adam has recorded four top 10 finishes and two wins in eight PGA tours this year alone. 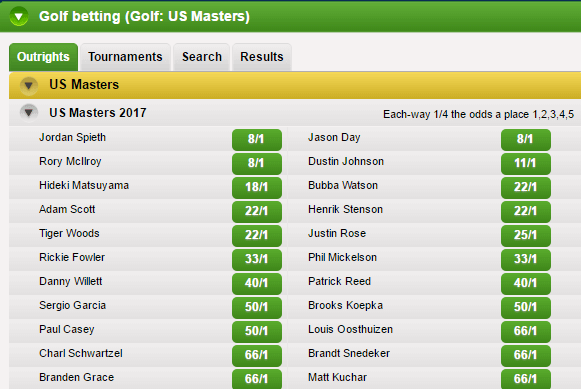 Moreover, the 2013 Masters winner has recorded the best scoring average in the tour. Therefore, Patterson believes that Adam will grab the headlines come Sunday evening when the jacket shall be awarded.

Patterson believes that Rory McIlroy will feature in the top 10 at the end of the event, given the way he’s been throwing darts recently.

Patterson says his main problem wasn’t picking up Patterson as a top 10 candidates, but slotting him into the already crowded field. He believes that the player will fall somewhere between position 6 and 10.

Just like the outgoing punter, Patterson agrees that Bryson DeChambeau will shock many with a surprise top 20 if not 50 finish at the end of the event.

He believes that the armature golf player has a lot to prove and he has already shown consistency as he comes to the Masters 2016 event.